Home > Article > Woman Says R. Kelly Raped Her After Promising Her an Interview

The woman, the eighth to accuse the R&B star of sexual misconduct during his trial in Brooklyn, said she was locked in a room at Mr. Kelly's home for days.

A woman accused R. Kelly of locking her in his Chicago studio for days and raping her after she suddenly became unconscious in 2003, as testimony in the singer's racketeering trial resumed in Brooklyn on Thursday.

The woman, who is testifying using only the name Sonja, said she first met Mr. Kelly when she was about 21 years old and an intern at a radio station in Utah. She told jurors that she had hoped to land an interview with Mr. Kelly to "kick-start" her career, and that after they met, she was invited to his studio to speak with him.

But Sonja was held there for days and never conducted the interview, she said. She described waking up at the studio, feeling like "something had been inside" of her, realizing her underwear had been removed and seeing Mr. Kelly putting on his pants.

Sonja was the eighth accuser to take the stand against Mr. Kelly during his trial. Others' accounts have often included details physical and sexual abuse, and five of the people have testified that they were underage during their first sexual encounters with Mr. Kelly.

The singer, whose real name is Robert Sylvester Kelly, has denied the accusations and pleaded not guilty to the charges against him, which include a single count of racketeering and eight counts of violating an interstate anti-sex trafficking law known as the Mann Act.

Federal prosecutors have accused Mr. Kelly, 54, of running a decades-long criminal plot that used his fame - and a network of associates and employees - to prey on women and girls for sex.

These are the key moments from the 13th day of testimony:

Sonja testified on Thursday that she was excited for the opportunity to interview a superstar when she traveled to Mr. Kelly's home in the Chicago area. Instead, she said, she was locked in a room there for several days without food. And when an associate brought her Chinese takeout, she took a few bites, began to feel "something coming on" and grew tired.

When she woke up, she said, she saw Mr. Kelly "doing up his pants in the corner" nearby and noticed that "there was some wet stuff in between my legs."

She said she saw her underwear resting on the arm of a nearby couch, and realized it had been removed while she was unconscious.

"It felt like something had been inside of me," she said. "I believed I was touched sexually."

When asked by a prosecutor if she consented to any sexual acts with Mr. Kelly, she responded, "absolutely not." 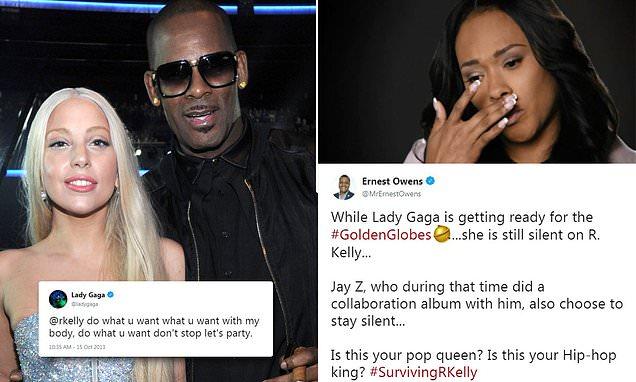 Sonja, who is now 39, said she aspired to pursue a career in radio when she first met the singer in August 2003 at a mall in Utah. She told jurors she had hoped to land her "first huge celebrity interview." But, she testified, Mr. Kelly suggested that she travel to his studio, called the Chocolate Factory, since he did not have time at the mall and did not want to speak over the phone.

She said that her boss at the radio station gave her a voice recorder for the interview, and that Mr. Kelly's associates arranged and paid for her flight.

But immediately upon her arrival, Sonja said, she realized something was not right. One of the singer's associates greeted her strangely, she said.

"He asked me a couple of crazy questions," she said, adding that when he asked her if she needed "protection" she thought the man had meant security. But then, she said, "he just came out and said, 'Do you need a condom?'"

She said she was confused, and responded, "No, I'm not here for that."

One of Mr. Kelly's associates photocopied her identification card, and asked for the phone numbers of her most recent contacts - including those of two close friends, her mother and grandmother - and other contact information for them, she said.

She testified that she was eventually directed to a room and told of a "list of rules" about how to behave in the house. But Sonja said that she realized that the door to her room had been locked from the outside, and that she would need to request permission to use the bathroom or eat.

After spending days locked in the room, she said, she requested a meal, and hours later she was brought Chinese takeout. She said she had been "starving," but after only a few bites, she told jurors she grew "extremely full" and tired. When Sonja woke up, she said, she realized that she had been assaulted.

One of Mr. Kelly's associates later told Sonja that the singer would not have time for an interview and threatened her, she said, warning "you don't want to mess with Mr. Kelly."

"He said you can't tell anybody," said Sonja, who was the mother to a young child. "He had my address. The address to where my daughter was at."

During cross-examination, Deveraux L. Cannick, one of the singer's four lawyers, contended that Mr. Kelly had told Sonja several times that he never planned to do an interview. He also suggested that Sonja, who had not publicly shared her account until taking the stand Thursday, had fabricated her stories after other accusers spoke out publicly against the singer in a Lifetime documentary.

But Sonja said that her testimony was true.