Home > Article > What You Really Need to Know About Delayed Ejaculation

In a country where sex and sexuality sit cheek-by-jowl with misinformation and stigma, this disorder still awaits its quiet, albeit rightful, release.

Welcome to the third edition of Unscrewing Ourselves, where we hope to normalise topics on sexual and reproductive health and wellness.

Which brings us to this week's edition of Unscrewing Ourselves, which definitely lacks the spunk (the other definition this time) in conversations on the sexual and reproductive health of men in India. Delayed (also Retarded) Ejaculation (DE) is a sexual dysfunction attributed to men, characterised by "a chronic inability or difficulty in ejaculating despite sexual arousal and penile erection". "It is the least common of the sexual dysfunctions affecting males but may have a higher incidence than previously assumed," says this case report that goes back to 1984.

The National Center for Biotechnology Information labels this condition as a "poorly defined and uncommon form of male sexual dysfunction", and suggests that the pathophysiological reasons of DE is "multifactorial, including both organic and psychosocial factors that are neither independent nor mutually exclusive". Factors ranging from insufficient sexual stimulation, ageing, genetics and use of antidepressants have also been attributed, yet not entirely confirmed. "No approved drug therapy exists. A rigid treatment plan is not suitable for all patients," the study concludes. Perhaps Adam Groff from Sex Education has more reasons to worry about than just one. 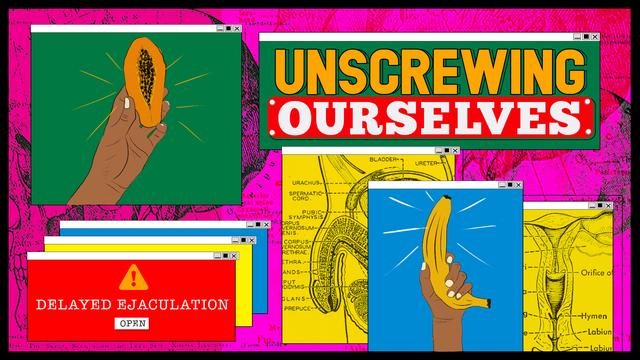 In India, there is little to no research on DE. Worse, hetero bros aren't exactly known for their openness to discuss sex and sexuality with each other. However, we found our first contributor to this unevolved conversation: Mayank Pandit*, a 22-year-old student from Chandigarh. Below, Pandit opens up to VICE about DE, the stigma of sexual dysfunctions in India, and how he made peace with it:

There really isn't any openness regarding DE simply because most people aren't aware such a condition can even exist. The fact that there has been no ground-breaking research to help tackle this issue sheds light on how little known this problem is.

So far, I haven't been to a therapist or a doctor, but yes I'd definitely want to soon. I don't know if support groups exist, but it would be great if they do. It would help raise awareness. By myself, I have tried to simulate how a vagina feels when I masturbate, in an attempt to reprogram(?). I loosened my grip, I used a LOT of cream, and went slow. But honestly, it got really depressing after I tried to wank off for an hour or even an hour and a half and didn't cum, so I gave up. I have spoken to a few friends and they've been very supportive. In fact, it was one of my friends who made me realise that I can last longer in bed and that it's a good thing, which I can advertise on dating apps, ha ha. My friends never made me feel like I'm some freak or made fun of me. They just listened and I think that helped me to get over the whole self-imposed stigma/fear. Have I made peace with DE? Oh yes, absolutely! It's not like this is negatively impacting my health or my ability to have kids if I ever want to. It has actually helped me feel good about myself. I can last a pretty long time and have got my ex to have a really intense orgasm. That was a good feeling because of all the jokes about guys who can't get women to orgasm. Plus someone even jokingly said that I can potentially save on condoms (though I make sure to wear one nevertheless)!

Read Part 1 and Part 2 of the series.

If there's a subject within the spectrum of sexual and reproductive health in India that you feel strongly about and want to vocalise it, write to indiapitches@vice.com.