New York lawmakers are engaged in a " bloody ideological battle" over prostitution policy. Two proposals are on the table, reflecting divergent understandings of commercialized sex. One, responding to concerns about involuntary sex trafficking, would increase penalties for those who profit from or promote the sex trade. The other, representing the "pro-sex" position of some sex workers and their advocates, would decriminalize the sale of sex between consenting adults, eliminating the prosecution of voluntary participants in the sex trade. At issue: Which approach will provide the best protection for sex workers?

It's not the first time such debates have emerged. Approximately 100 years ago, Progressive Era penal reformer and sex researcher Katharine Bement Davis also contemplated responses to " the problem of prostitution." Both her experiences in the criminal justice system and her ideas about possible responses to commercialized sex offer vital historical context for current policy debates.

Both perceptions of prostitution and prostitution policy changed dramatically in the Progressive Era. Previously, officials had tolerated the existence of brothels in " red-light districts" set apart from residential areas but located near commercial districts. A system of fines and bribes reflected the widespread conviction that prostitution was ineradicable and perhaps even desirable as an outlet for men's sexual urges. With the exception of a few women's organizations, such as the New York Female Moral Reform Society, few Americans challenged the sexual double standard or considered the welfare of sex workers.

This changed in the early 20th century, however. Formerly regarded as a necessary evil, prostitution became seen as a social evil that concerned a wide range of interest groups. A coalition of evangelical Christians, feminists, business leaders and medical experts demanded immediate and unrelenting repression of commercialized vice.

Then as now, reformers were divided about the best way to address the sex trade. Rejecting the "regulationist" policies adopted in Europe, self-styled "abolitionists" in both the United States and the United Kingdom gained public support for their efforts by highlighting the dangers of "white slavery," or sex trafficking that targeted White girls and women. Except for a few female activists - both White and Chinese - who assisted Chinese survivors of sex trafficking in California, most U.S. reformers either overlooked non-White women's participation in sex work or attributed it to their alleged lack of morals.

But despite reformers' expressed concern for the welfare of sex workers, the legislation they produced was antithetical to prostitutes' interests. Proposals to improve women's economic situations and eliminate the sexual double standard floundered, while policies that sanctioned state control and punishment of prostitutes flourished.

At the local level, city-appointed vice commissions prompted crackdowns on commercialized sex, both by demanding that officials enforce existing laws against prostitution and by pressuring lawmakers to create new laws to suppress the sex trade. At the federal level, the Mann Act of 1910 sought to combat sex trafficking across state lines.

Rather than eliminating prostitution, the anti-prostitution movement simply changed the nature of the sex trade in early 20th-century America. When police raided red-light districts and shut them down, sex workers moved to other cities where law enforcement was lax. Corruption also abounded. Officials at all levels accepted bribes in exchange for police protection and tipoffs about impending raids.

Communities of color bore a higher burden as prostitution became increasingly concentrated in African American neighborhoods. At the same time, Black women were excluded from the safer and more lucrative aspects of the sex trade - for example, as "taxi dancers" and call girls in dance halls and private apartments. As a result, African American sex workers instead worked in "black-and-tan" clubs or on the streets, where they suffered both physical violence and police harassment. 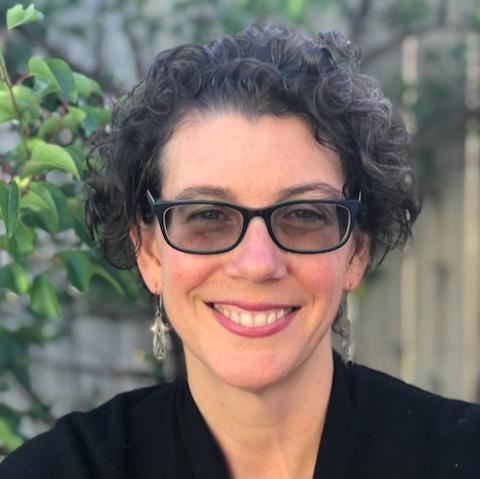 Progressive-era reforms also subjected sex workers to increased state control. During World War I, the "American Plan" authorized the arrest, inspection and detention of women suspected of carrying venereal disease. As a result, up to 30,000 women were placed in federal facilities. Countless others landed in city jails, state reformatories and women's prisons. No men were arrested under the plan. The wartime surveillance of women in the name of public health increasingly committed the U.S. to a "neo-regulationist" prostitution policy that controlled women's bodies.

Officials routinely violated the civil rights of sex workers. In Chicago, from the 1910s through the 1930s, women arrested on suspicion of prostitution were subject to invasive and involuntary pretrial examinations for evidence of venereal disease, with infection treated as presumptive evidence of guilt. They were then detained without trial in "lock hospitals" to undergo painful and even poisonous treatments, such as mercury injections. Only after a term in the hospital - which could last anywhere between two weeks and two months - did female suspects have their day in court. In his 1933 study, " Vice in Chicago," sociologist Walter Reckless noted that it was common knowledge that many judges "look upon this hospitalization as a sort of sentence."

While new prostitution policies led to the prosecution - even the persecution - of sex workers, they also created new professional opportunities for educated women. One such woman was Katharine Bement Davis, who served as the first superintendent of New York State's Reformatory for Women at Bedford Falls from 1901 through 1913.

Davis's career depended on the criminalization of commercialized sex. Most of Bedford's inmates had been arrested on suspicion of prostitution or related charges. Davis's tenure at Bedford also highlighted the disproportionate impact that anti-prostitution policies had on African American women, who were overrepresented at Bedford. After ending her career in corrections and taking a position at the Bureau of Social Hygiene, an anti-prostitution think tank, Davis played a prominent role in the World War I campaign to combat prostitution and venereal disease.

After the war, Davis reflected on the lessons she had learned throughout her career. Davis, who had earned her PhD in economics at the University of Chicago, identified the sexual double standard - the assumption of a "sex necessity" for men coupled with the stigmatization of women who engaged in sexual activity outside of marriage - as the root cause of commercialized sex.

From her career in corrections, Davis also recognized the inequitable practices of anti-prostitution policies, in particular the ways in which law enforcement focused on policing, prosecuting and punishing female sex workers, "without equal punishment for men." Although Davis concluded that the solution was equal enforcement, not decriminalization, she also considered other possibilities.

As a veteran of the anti-prostitution and social hygiene movements, Davis was conversant with both the "regulationist" and "abolitionist" approaches to the sex trade. She discussed adopting "regulation, registration and medical examination," as had been done in some European nations. Davis also contemplated ways to achieve "the complete abolition of prostitution." She suggested prostitution could be eradicated by sex education and social welfare: giving adults accurate information about effective birth control and preventing venereal disease and providing financial support for children resulting from nonmarital relationships.

We can learn from Davis's career, especially these paths not taken. Her goal of "equal punishment" has never been achieved in the United States. Instead, Progressive Era innovations - including the Mann Act, intended to combat sex trafficking, and the American Plan, aimed at curbing the spread of sexually transmitted infections - have continued to guide U.S. public policy, resulting in the expansion of the carceral state and authorizing the legal mistreatment of sex workers. Davis's participation in this criminalization of prostitution reminds us to examine prostitution policies to ensure that they do not penalize sex workers.

At the same time, as a global pandemic poses unprecedented challenges to both financial security and public health, Davis's ideas about providing comprehensive sex education and financial support for children remain salient. As citizens and lawmakers ponder competing approaches to the sex trade, focusing on the welfare of sex workers would allow for a rethinking of policies that have done damage for more than a century.

Today's Headlines The most important news stories of the day, curated by Post editors and delivered every morning.
Tags： sex history