Globally, older people's voices and experiences tend to be left out of discussions on sexual health and well-being. Their sexual health needs are stereotyped as insignificant beyond the reproductive periods of life. Yet sexual activity is, of course, happening among older adults and between older and younger adults - making them vulnerable to sexually transmitted infections.

Where access to essential sexual health services is limited - as in many countries in Africa - this vulnerability is a concern.

Research around sexually transmitted infections (STIs) in adults older than 50 is growing gradually, with evidence of new cases and delays in diagnosis. The evidence also predicts a future increase in cases among older adults in developed and developing countries. Some evidence has already confirmed that older adults in African countries are vulnerable to new cases of sexually transmitted infections. Gonorrhoea, syphilis and HIV are at the top of the list.

Despite the emerging evidence, sexually active older adults are confronted with systemic, cultural and individual barriers in accessing the services they need. And it starts with a conversation on their sexual health. Among the barriers are the stigma around contracting STIs, poor attitudes of health professionals and unavailability of age-appropriate health services.

Our research sought to identify some of the common sexual health needs and concerns among older adults in Nigeria. We also explored barriers to communicating these needs and how these barriers could be removed.

We found that older adults and their healthcare providers are sometimes overwhelmed by other health needs. Conversations on their sexual health needs are relegated to the background. Tensions and contradictions around personal beliefs, subjective well-being, cultural expectations and health system responsiveness also emerged as critical constraints.

We conducted 16 focus group discussions with adults over the age of 50 in two cities (Ibadan and Lagos) in Nigeria. We used a story about sexual behaviours in old age within the Yoruba cultural context to stimulate the discussion. The aim was to explore how older adults conceived of sexual health concerns and shared them with their peers and those they felt could be of help or support to them. 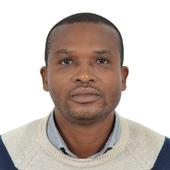 Most men were concerned with the use of their penises for sexual activities. They were interested in enhancing their sexual pleasure and that of their partners during sex. In their view, any decline in the functioning of the penis in old age was a serious concern. Erectile difficulties, low libido, premature ejaculation, and slower arousal were common concerns among older males.

Women were more conscious of the changes to their bodies and the need to adjust accordingly. The female participants believed that their bodies were fragile and unable to cleanse themselves, which could lead to illnesses. Some felt sexual intercourse should be minimal in old age because of perceived consequences such as developing fibroids and the likelihood of contracting a sexual infection. The women were also concerned about vaginal dryness, vaginal bleeding, STIs, and low sexual urge.

Participants spoke about how they discussed sexual concerns with nurses. Here too there were differences between men and women.

Women acknowledged that they could get help from healthcare providers but preferred to ignore their problems.

Men preferred to express their sexual health concerns and seek help or solutions from restricted spaces, such as private rooms in health facilities or one-on-one interaction with their physicians. Older men were worried about losing their social respect. The believed they would be labelled as perverse if they decided to open up about their sexual health concerns during hospital visits.

In some ways, both women and men appeared willing to share their sexual health concerns with others. However, they emphasised "trust" and "safe spaces" for discussion as major considerations.

The participants said they did have sexual health concerns - including how to satisfy partners sexually. But they felt constrained from sharing these concerns openly with nurses, physicians or relatives. Spaces to seek care, and opportunities to discuss such needs, are limited.

There is a need for social campaigns around sexual health communication to make it easier for older people to talk about it.

Opening up the conversation

Studies on sexual health communication among older adults are urgently needed. Healthcare providers and systems must be able to act on emerging sexual health needs and diseases.

The need is partly being shaped by the risk of reversing the gains achieved made in addressing STIs among young people. Dating and sexual activity takes place between age groups.

Counselling, testing, and treating everyone without bias or discrimination is a cardinal strategy in mitigating the stigma attached to STIs and achieving age-friendly sexual healthcare services.