Jason Vincent Longhurst, 44, strangled and raped a woman over ten years ago. Yesterday, he was sentenced to nine years' imprisonment and placed on the sex offenders registers indefinitely at York Crown Court

Police have launched a hunt for a vile rapist who failed to appear at his sentencing hearing.

Jason Vincent Longhurst, 44, strangled and raped a woman over ten years ago.

Yesterday, he was sentenced to nine years' imprisonment and placed on the sex offenders' register indefinitely at York Crown Court.

Longhurst attacked his victim when she was a teenager and staying in his home, North Yorkshire Police said in a statement.

The court heard how he entered the bedroom she was staying in and made threats towards her.

He then strangled her with a jumper until she became unconscious and went on to rape her.

The victim spoke about the horrendous attack in court and said it affected her life when she became an adult. 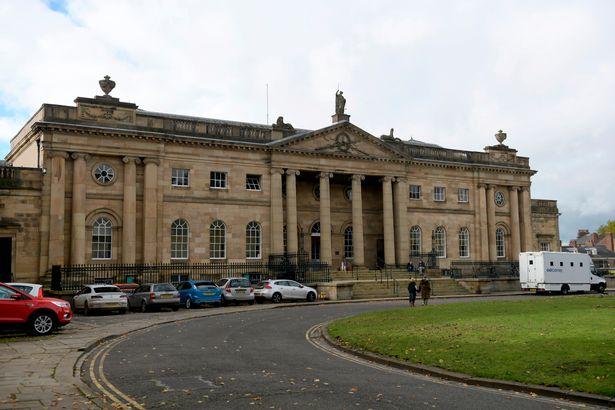 She said that only thanks to the counselling and support she received in the years since the attack, she now felt strong enough to come forward and report it to the police.

Longhurst previously said he was "disgusted" with the rape allegations and pleaded not guilty.

Yesterday he failed to attend court for sentencing and is now wanted by police.

"When interviewed, Longhurst actually said he was disgusted with the allegations which had been made against him and pleaded not guilty - despite the evidence that was laid out before him.

"He has shown no remorse for his actions or the pain he has inflicted on his victim, pain which she carries to this day."

She added: "I'd like to commend the bravery of the victim. To have reached a point in her life where she felt strong enough to come forward and tell police what had happened to her all those years ago takes immense courage, for which she should be recognised. I hope this outcome allows her to move forward with her life into more positive times.

"I also hope that this case gives others who may have been subjected to sexual assault or violence in the past the confidence to come forward and speak to police.

"We take all reports of sexual assault and rape seriously - no matter when the offence occurred and we will treat you with the dignity and respect you deserve."

Officers are carrying out enquiries to locate Longhurst and are appealing to the public to report any sightings of him to North Yorkshire Police on 101 quoting reference 12190208646.