Coming out-or simply recognizing burgeoning queer feelings-doesn't invalidate the love you have for the person you're with.

Most people know to anticipate some degree of change when they're in a committed, long-term romantic relationship: a desire for more nights in with Netflix instead of drunken ragers on the dance floor; the inevitable shift of physical appearances; the unexpected transformation of a side gig into a career. But many people assume sexual orientation is fairly stable-that whether you're gay or straight, you're "born this way," and that's what you'll be forever.

That definitely isn't always the case. But even though coming out as queer or bisexual in a committed straight relationship isn't unheard of, a change in sexual identity is not something that many people anticipate happening within a long-term partnership, nor is it widely discussed. Despite the advancements in broader social understanding of LGBTQ issues made in the past decade, therapists Jared Anderson and Tamala Poljak told VICE that many of their patients fear that being bi or queer when straight-partnered could doom their relationship. There's also a pervasive idea that a person in a hetero relationship can't be LGBTQ because they have chosen to commit, and are presumably attracted to, a member of the opposite sex. But bisexuality is a valid orientation, and while it may feel intimidating to embrace this discovery and stay hetero-partnered, it's by no means impossible.

"I believe both gender and sexuality [are] fluid, meaning we change throughout a lifespan," Poljak said, adding that recent cultural shifts have likely led to light bulb moments for some individuals who has been denying or simply not recognizing their queer feelings.

Sexuality doula Isabella Frappier, whose work includes helping clients own and define their sexual expression, said that a person doesn't need to have acted on any same-sex-attracted feelings in order to label themselves as queer or bisexual, and that bisexuality can be explored while still honoring an extant relationship, especially since everyone has different definitions of what it means to explore.

Bisexuality is often dismissed as a phase, and the idea that bisexual people are " just confused" persists. This is especially true for men; while bisexuality among women is slightly more socially acceptable (albeit because it's fetishized and often viewed as an " experiment"), men often have to contend with the belief that bisexuality, as Carrie once put it on Sex and the City, is "a pit stop on the way to gay town."

These myths stem from our society's historically rigid approach to sexual expression. Experts are adamant that a person's bisexuality does not invalidate the love they have for their opposite-sex partner. According to Poljak, an associate marriage and family therapist, the idea that a person needs to "pick a side" is a rooted in heteronormative expectations.

The question, " Am I queer or bi enough? " can also weigh heavily on people who think they might not be all the way straight, as though there is a certain amount of "proof" that could confirm their sexuality. As much as those questioning might like to think there's a litmus test that will tell them whether or not they're truly bi, that's simply not the case.

"For queer folks, it just isn't so cut and dry," Poljak said. "The hope to 'figure it out' and/or find 'an answer' is a pretty rigid idea steeped in heteronormative expectations. It also puts a lot of pressure on a person to have to declare one thing and stick to it. If you know you are attracted to one or more genders, then it's really that simple."

A journey into one's queerness doesn't have to involve sex outside of the relationship, or even sex in general. Just noticing that you're attracted to other genders can be the extent of this exploration. The act of coming out to yourself, or maybe saying, "I'm bi. I don't know what that looks like yet, and that's OK," has the potential to be extremely affirming.

You might find comfort in connecting with other queer folks, especially since identifying as queer might otherwise make you feel vulnerable or isolated. Some people are validated by coming out to friends and family, or by getting involved with the queer community. Frappier encouraged people exploring their bi/queer identity to go to LGBTQ events, read books about sexuality or written by queer authors, support bisexual artists and musicians, or join queer groups. Online, Reddit's r/bisexual subreddit is a funny and informative space for bi folks to ask questions or simply discuss their experiences, while the Fluid Arizona resource page and Autostraddle's events and meet-ups can help queer folks build an IRL community.

Experts strongly encouraged discussing your queerness with your partner eventually, as the secrecy can ultimately strain the relationship. (It can also contribute to the harmful idea that your queerness is somehow scandalous, or something to be ashamed of.) If you're worried that your partner will react poorly, or you aren't ready to share your feelings with them yet, consider talking to a professional, a trusted friend or loved one, or a queer friend who may relate a bit to what you are going through. Poljak, who is trained as an LGBTQ-affirmative therapist, said it's crucial for people questioning their sexuality to have a solid support system. Studies show that bisexual people are at a higher risk of depression, anxiety, and experiencing violence than their gay, lesbian, and heterosexual counterparts. 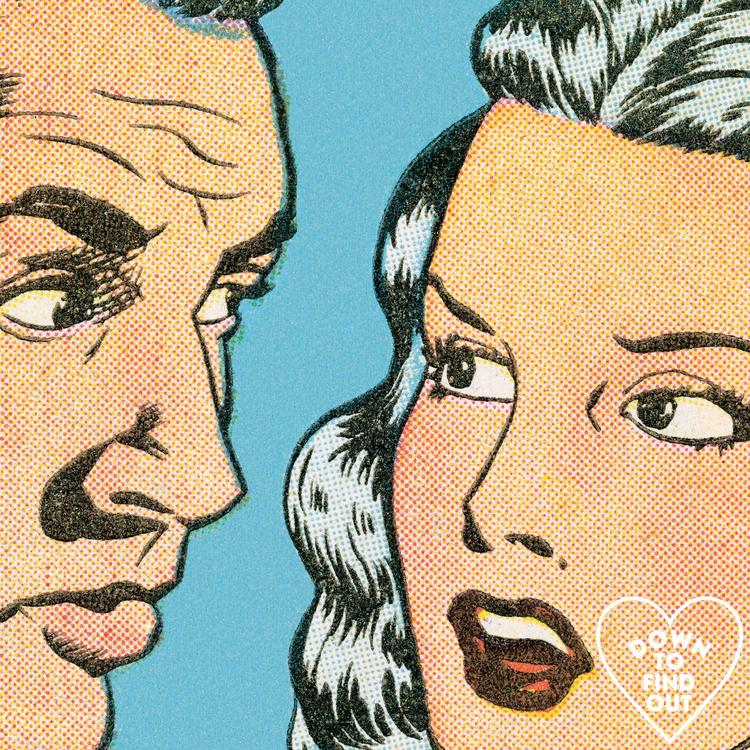 While staying in the closet can be a necessary choice for a myriad of reasons, research shows that the stress of concealment contributes to disrupted relationships, feelings of shame and guilt, and symptoms of anxiety and depression.

If you feel ready to talk with your significant other, avoid starting the conversation when either of you are tired or distracted, in the middle of a fight, or in any situation where tensions are high. Instead, choose a time when you both feel relaxed and won't be rushed, like over coffee on a Saturday morning.

You don't have to have everything figured out before you talk to your partner. Frappier said that it's perfectly fine to tell them you're in a questioning, exploratory phase, and then communicate what you'd like that to look like. There's no need to choose a label unless you'd like to.

"Explain to [your partner] how you've been feeling, what you're desiring to explore, and how you imagine that could look within your relationship," Frappier said. She advised that it's wise to let your partner know that your sexual expression is not a reflection of the relationship, but more about exploring a new part of yourself.

"Once you're finished speaking, it's important to give them space to share, and to really listen to how they are feeling," Frappier said. "They may take it in stride, or need a little time to process it."

Don't stress if the first conversation doesn't go as well as you'd hoped; this will likely be the first of many discussions. Anderson, who specializes in trauma and relationships, said that if any of these conversations get heated or overly emotional, it's a good idea to press pause and revisit the topic once both partners have had a chance to cool off.

Couples therapy can also be extremely beneficial. "Ideally, both the person coming out and the partner of that person would be in individual therapy with a therapist who is trained in LGBTQ-affirmative therapy," Poljak said. "The same is true if [you're] deciding to open your marriage, explore polyamory or emotional monogamy, and/or redefine your marital contract. The therapist needs to have more than just general knowledge of alternative, queer lifestyles, and understand the multiple systems at play."

Psychology Today is the most thorough national network for finding mental health professionals, and allows users to search using various classifications, including sexuality and type of therapy (the "compassion-based" and "culturally sensitive" filters are good options for LGTBQ folks). Some health insurance plans allow users to filter for therapists who specialize in LGBTQ issues when searching for in-network providers. For POC-specific options, the National Queer and and Trans Therapists of Color Network is a good resource. For those struggling to find an in-person therapist, Pride Counseling offers digital therapy sessions via phone, messaging, and video call.

"Some folks find it exciting or even sexy, and perhaps a discussion unfolds about opening up the marriage or exploring poly or engaging in new kinds of play and fantasy with their partners," Poljak said. "Maybe it even inspires their partner to share with honesty some queerness of their own that is emerging. Ideally, there is space for people's differences and otherness to be expressed without having to lose the relationship, or having to abandon or sacrifice yourself."

This sort of exploration is not one-size-fits-all. Regardless of the route you take, Frappier stresses the importance of discussing boundaries and safety throughout. If the two of you are struggling to find some sort of consensus when it comes to boundaries, that doesn't mean the discussion regarding exploration is over forever. It's very common for couples to have multiple conversations surrounding this topic, especially if one partner is asking to renegotiate the marital contract in some way.

Just as it's reasonable for a person to want to explore their burgeoning sexuality outside of the relationship, it's also reasonable for the other partner to say, "I'm not cool with that." In some instances, it might be in the interest of both individuals to go their separate ways... and that's OK, too.

"A marriage is a partnership that lasts as long as it's right," writer Nadia Rawls said after coming out to, and, later, ending things with her now-ex-husband. Rawls said she tried to make it work with her husband for six months, but ultimately realized that separating was the best option. "It takes a hell of a partner to help their spouse grow into the person they really are," Rawls wrote. "Even if that means losing them."

Rawls's story is just one of many-Frappier and Poljak said that many couples make it work, too. It's hard to predict how your partner might react, or how you'll feel or what you'll want, once you start exploring your queerness or bisexuality. That uncertainty is part of what makes the process of coming out in a straight relationship so intimidating. But the reward of being honest-both with yourself and with your partner-is the gift of a more authentic life. Regardless of the outcome, that is worth pursuing.