As a child, Adrienne Robertson spent a lot of time in the hospital, due to her chronic asthma.

"I had some good experiences, but I honestly had a lot of negative ones where I felt like I just wasn't listened to," Robertson said. "That led me into a path of wanting to make a difference."

That "difference" drives Robertson, now a family doctor and lead medical provider at the telehealth-oriented company Nurx, which provides health care consultations and prescriptions for birth control and other medications, at-home tests for sexually transmitted infections and other services.

"I'm trying to encourage patients that they know themselves better than anyone," she said. "One of the things we learned in medical school is that 75 to 80 percent of the diagnosis is in the history, and who has that? The patient."

Robertson said the pandemic greatly exposed health disparities and changed the way the general population received medical care as in-person appointments were limited. She witnessed how the accessibility and privacy of telehealth resulted in more people seeing it as a viable option. It gave many marginalized patients, including Black women, an opportunity to feel more comfortable opening up about their sexual health in ways they may not have in a clinical setting prior to the pandemic.

"I think sometimes patients have trepidation when going to see their physician, in terms of like, 'Am I going to be judged by how I look, how I speak?'" Robertson said.

For Black patients, the fear of being stereotyped and misjudged is heightened due to decades of mistreatment, discrimination and gross negligence. According to a poll by the Kaiser Family Foundation and The Undefeated, 1 in 5 Black adults said they were treated unfairly when receiving health care for themselves or a family member. The report further showed that Black patients felt they were disbelieved and denied the medical care they desired.

Given their lived experiences as Black women, the founders of Kimbritive know firsthand how intimidating a doctor's appointment can be. Kimberly Huggins, now a licensed social worker, said she remembers a pivotal moment in her teenage years in Brooklyn, New York, that steered her toward where she would be in her late 20s.

"I remember being maybe 14 or 15 and I went to my pediatrician for a physical. I didn't know what gonorrhea was, so I asked," she said. 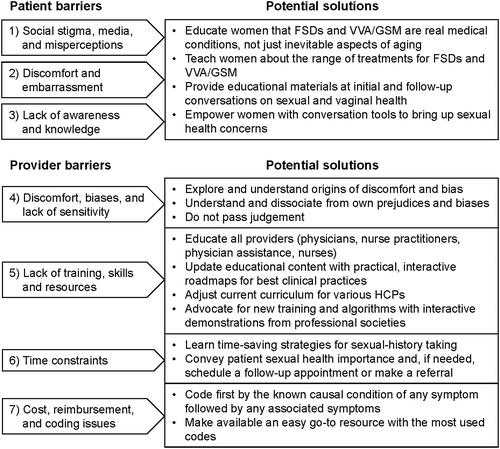 She remembers her doctor responding: "Don't worry about that. Only nasty girls get gonorrhea."

Her co-founder, Brittany Brathwaite, who now works in reproductive justice advocacy, said she remembers being a teenager and stopping at a mobile HIV testing unit, which had been giving out MetroCards as an incentive to be tested.

"After I got my results, I didn't have HIV," she recalled. "But I was terrified and angry because I'm like, 'How can I be living this life not having access to this information and education?'"

Huggins, now 29, and Brathwaite, 31, established an STI and HIV prevention-based student organization while studying at Syracuse University, which led them to create Kimbritive - a business that offers consulting services as well as virtual and nonvirtual workshops for Black women on topics such as healthy relationships, pleasure, consent, identity and contraception options.

They encourage workshop attendees to write a list of sexual health concerns and questions as a way to alleviate anxiety before speaking with medical professionals.

"I think the medical space doesn't always allow a woman, especially a Black woman, to come to the table and direct the conversation," Brathwaite said. "It's always like 'This is what you need' as opposed to me telling you as a provider what I actually need for my body."

As both a doctor and a patient, Robertson stresses that Black women need to know they have a right to be heard by their own providers.

"Just from our history with systemic and institutional racism, Black women have not felt valued," Robertson said. "Even as a patient, that is still a part of it: asking for what you need and knowing that you have value and that you shouldn't be judged for that. And it might seem like a simple thing, but having that validation is very empowering."

Kimbritive's founders said their ultimate goal is to help transform the traditional 15-minute appointment into a "connected, collaborative relationship" between a Black woman and her doctor. Moreover, Huggins and Brathwaite hold space for Black women to be both sexually informed and liberated.

They say lyrics by artists like Megan Thee Stallion and Cardi B open a door for more Black women to subvert sexual politics and embrace awkward or tough conversations about sex.

"I want that for every Black woman, to be yourself, to be powerful, that it's OK to have a 'hot girl summer' because that means, 'I'm having fun, I'm exploring and I'm having sexual experiences that I want, that I'm in control of and that I have to choose,'" Huggins said.