According to the British Medical Journal, we're all having way less sex than we used to - and this is probably down to *checks notes* spending too much time on social media. Seems fake, so we decided to launch Are You Getting Any?, a column where people invite us into their bedrooms to speak candidly about their sex lives.

Though VICE UK has been exploring this for some time, the first US installment is with Sarah, a former horse trainer who now works in tech education. She lost most of her hearing in one ear a few years back (the stirrup bone in her ear was fractured, she suspects, after she fell off a horse and got 14 stitches in her chin in 2005). Before we get into the details, we're asking each interviewee to rate a few important sex-related factors out of 10.

Quality of sex overall: 9/10
Frequency of sex: 6/10
Intimacy levels: 7/10, though the level differs by person
How do you feel generally about the people you fuck: 8/10
How happy are you with the amount of time you have for sex: 10/10

VICE: How do you identify?

Sarah: Lesbian or gay. I prefer the word gay, to be honest, but people seem to associate that with only gay men.

The main exception is my favorite joke: Lesbi-honest...the only kind of honest I know how to be!

How many partners do you have right now?

One partner who's local, another who's long-distance, and then I go on about two new dates a week, depending on messaging and logistics. I've started affectionately referring to my local partner as a "hothouse flower" in that she can only tolerate so much together time before withering a little bit. That's why I go on dates: Ideally, I'd like to find another local partner or two, and dating's fun on its own. My long-distance partner and I keep in pretty close touch and hope we'll end up in the same geographical area again so we can date more actively.

Do you meet people to date/fuck mostly through apps or in the wild?

I pretty strictly use OkCupid. I'm on Tinder and Bumble right now, as well, but they're not as good for meeting people. On OKC, people usually write more about themselves on their profiles, while other apps seem to care only about photos. It's also been more queer-friendly, mostly due to the "I don't want to see or be seen by straight people" setting. Tinder's more for hookups, and Bumble...look. We lesbians can't resolve to message a girl in less than 24 hours! We have to overthink it for much longer than that! Also, we're busy.

When was the last time you had sex?

Yesterday. It was so great-it was the first time my local long-term partner and I had been able to have sex in a while. She put on fancy lingerie for me and actually succeeded in surprising me for once. I had just gotten back from riding and she offered to cook me dinner. I needed to jump in the shower first because I smelled like horses, and when I got out, she was all dressed up. It's not at all unusual for her to dress up in lingerie for me, but she told me she was going to make us seared ahi tuna (with a glaze!) for dinner, and I thought that would happen first.

Sex, despite dirty talk and consent, is mostly nonverbal. Have you found that your attention to nonverbal signals increased due to your hearing loss? 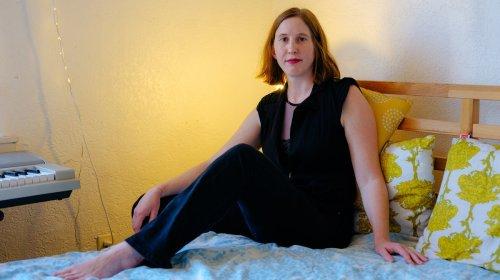 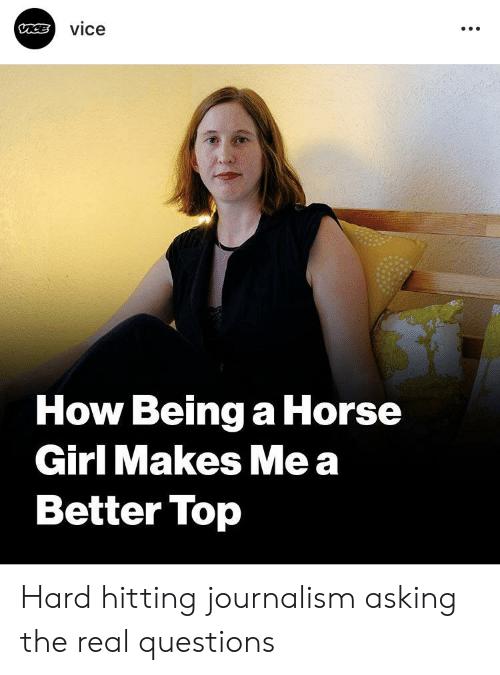 It's always been important for me. But getting used to looking for nonverbals and reading people's faces and tone all made it maybe slightly easier to adapt to hearing loss. I mean, it doesn't make it easy. I still miss a lot of things, but another thing that helps is to not assume anything. If I'm not sure I heard something correctly, I'll repeat back to the person what I heard.

Fricatives are still hard to tell apart, so as an example, "rice" and "rife" will sound the same, especially if I can't see the person's lips. Also, the standard settings for this hearing aid are optimized for a face-to-face conversation, so it's not great at picking up speech from someone behind me. If there's any doubt in my mind that I heard correctly, I'll repeat back what I think they said and they'll correct me if I'm wrong. Sometimes I miss so much of the sentence I just go all the way to "What? What did you say?"

That's a good idea, with or without hearing loss.

The better I know a person, the easier it is to work around such things. Instead of a safe word, for instance, you could have a safe gesture. One idea that comes to mind is banging your hand down on the bed sharply, maybe a specific number of times, kind of like tapping out in wrestling.

What do you think of the British Medical Journal research? Is social media to blame for us all having less sex?

Well, for one thing, they're only talking about sex between men and women. Has anybody asked the gays? Because Masters & Johnson found that the best sex in their lab was being had by committed gay and lesbian couples. Just saying. The BMJ research doesn't even consider quality, just quantity. Heck, what if there's less sex between men and women because there's more gay sex happening? Also, the study only looked at penetrative sex and they say nothing about hand jobs. That wouldn't capture all of the sex I have.

Yeah, where you fuck someone using your middle and ring fingers.

Oh, like the hand movement when Spider-Man releases his web.

Yes. I shouldn't give away all my secrets here, but if you're only using one finger, it should definitely be the middle, which is doing most of the work anyway.

Are there any parallels that you've noticed between being a horse trainer and being a top?

That is a question I have never asked myself before, but that's interesting. One thing about riding or training is that, rather than the idea of being the one in control, I would actually see more parallels between the nature of the communication involved in both of those things.

I've always loved animals, and it's always been interesting to me to communicate with them, because animals, for the most part, communicate nonverbally. And you have to be perceptive. How do you exchange information, or share experiences, between two bodies or entities without words? An example of this with horses would be if you're trying to saddle a horse that has never been saddled before: As you approach, you watch for signals, like, is the horse receptive to it? Is he completely bored and doesn't care, or is he wary and afraid? With every step that you're taking in the training session, you have to look to see the horse's reaction and evaluate what you know based on prior experiences and signals.

The thing that matters in both is just being perceptive, even though the communication is about vastly different things. In bed, I pay attention to small increases in movement or breathing or sound that tells me when something's working. If those signs slow down, I change what I'm doing and see if they seem to get more into it. None of this is a replacement for explicit communication, but there's a point before someone is ready to say something out loud where there's room to play.

This interview has been edited for length and clarity. Sign up for our newsletter to get the best of VICE delivered to your inbox daily.
Tags： sex history