The on-again, off-again prosecution of a leading coach has divided the racing community and raised questions about safeguards in the sport.

For the last three decades, dragon boat racing has surged in popularity around the world. Former rowers have switched to paddling and represented their countries in international races. Corporate and government employees have participated in community races. Young Asian Americans, buoyed by cultural pride, have dominated some rosters, especially in New York.

But that was before a case involving Randy Ng, a prominent coach, upended the sport.

Ng, 38, was the longtime face of DCH Racing, the biggest and most successful amateur team in New York City, and a U.S. national team coach. He was arrested in October 2019 on charges that he abused five female team members, two of them minors. By January 2020, as he sat alone in a preliminary hearing in Queens criminal court, he had been relieved of his coaching duties.

Fast forward to the next hearing, in June 2021. The case was unexpectedly dismissed. Then, in early August, Queens prosecutors filed plans to appeal the dismissal.

As things stand, Ng is not charged with any crime. When reached by phone, he said, "I'll have to get back to you." He did not return follow-up messages.

But the continuing controversy has discombobulated the tight-knit dragon boat world, dividing those who believe that Ng should be given the benefit of the doubt and those who say that safety standards have been an afterthought.

The case also magnifies how fast-growing niche sports outside the purview of watchdogs like the U.S. Center for SafeSport are reckoning with abuse allegations. For all its popularity, dragon boat racing, which is run mostly by volunteers, did not have a clear code of conduct or avenues for reporting ethics complaints until a few years ago.

"In this era of the #MeToo movement and girls and women willing to speak up, it is a good time to reset," said Allen Huang, who was a member of several New York teams, including Ng's, before starting a successful team with his wife in Boston five years ago. "We have to assume that Randy is innocent until proven otherwise. But it doesn't hurt for the coaching staff to establish policies and ways to better coach the youth."

With teams returning to the water even as the Delta variant helps prolong the coronavirus pandemic, enthusiasts hope dragon boat racing, with nearly 50 million participants in China and Hong Kong and another 390,000 in Europe and the Americas, can go beyond its status as an Olympic demonstration sport in Tokyo.

Officials with the United States Dragon Boat Federation, the sport's national governing body, declined to be interviewed. But in late 2019, the federation's lawyer did inform a former member of Ng's racing team who had emailed her details of Ng's arrest that the federation "is looking into this matter."

The current leaders of DCH Racing, which is operated by a nonprofit organization, did not return requests for comment. But Brian Lam, group vice president of Lithia Motors, the parent company of the team's longtime sponsor, DCH Auto Group, said he found the allegations troubling. He told team leaders that future funding would hinge on coming up with written protocols "to make sure allegations are taken seriously, and people feel comfortable enough to come to them with issues."

Lam said he would personally work with the team - which has long celebrated Chinese culture and mentored youths - to do better.

"We can take a look at almost a personal conduct type deal, like Deshaun Watson," he said.

"He was treated terribly by some of the dragon boat people," Varghese said. "It hurt him. I don't think he wants anything to do with dragon boat racing going forward, or at least the current organization as it stands."

Organized dragon boat racing, which traces its roots 2,000 years to China, gained international traction in the 1980s as the brainchild of tourism officials in Hong Kong. (As a reporter for The Associated Press in Hong Kong in the 1990s, I covered an international race which included teams from Indonesia, Vancouver, Philadelphia and San Diego.)

Adorned with dragon heads and tails, large boats typically hold 20 people - 18 paddlers, one steerer and one drummer, who sets the rhythm for the strokes, like a coxswain. The wood-and-plastic boats weigh about 400 pounds, in contrast to the 1,400-pound handmade teak ones first used in competitions, said Bob McNamara, a dragon boat coach based in Philadelphia, whose day job is chair of the department of emergency medicine at Temple University.

The sport initially attracted rowers, mostly men. Now there are men's, women's, mixed gender and junior teams, and teams from all demographic and athletic backgrounds, racing from 200 to 2,000 meters. The sport has been growing in Texas and Florida, McNamara said, alongside established hubs in British Columbia, Ontario, California and New York. 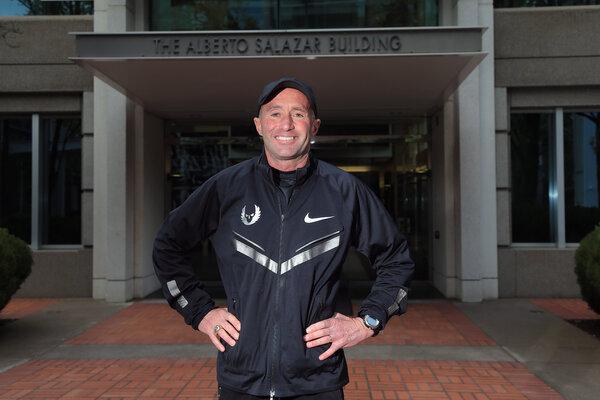 Founded in 1993, DCH is one of several competitive, year-round teams with berths at the World's Fair Marina behind Citi Field. Ng helped forge DCH's reputation as an intense, fiercely loyal family, practicing four days a week in the water and sweating countless hours in its own gym, nicknamed the Dungeon. With roughly 160 active paddlers, the team has won or placed high in major races around the world, and catapulted numerous paddlers to national teams.

Ng was so focused on DCH that he asked paddlers not to join other teams, or even attend out-of-state colleges, former team members said.

Jacky Kwan, a former captain of DCH's junior team, recalled being excited about when he was accepted to West Point. But Ng was upset.

"Randy said you're being really selfish by accepting this," recalled Kwan, who recently left the Army and now works in robotics. "Everything to him is very binary - either you're with me or you're against me."

Ng is a Stony Brook University graduate who has worked as a leadership development consultant, among other jobs, according to a LinkedIn profile, now defunct. Until he was arrested, he had been a board member of the Guardians of Flushing Bay, an environmental nonprofit founded by dragon boat teams and community organizations.

Ng rose to prominence coaching DCH's junior teams. The black sweatshirts he supplied to his junior athletes, embroidered with the DCH logo on the back and an athlete's name in script on the front, became a badge of ethnic pride and athletic prowess at some high schools, particularly Brooklyn Tech.

DCH honored Ng in 2017 with a surprise video tribute featuring dozens of athletes. Some noted his fun-loving, prankster nature and his comfort with hanging out with people 15 to 20 years younger.

But according to dozens of current and former members, and court documents, Ng was taking advantage of his position to abuse some of the paddlers. The charges against him included forcible touching, sexual abuse, endangering the welfare of a child and harassment, going back to 2014. Some of the alleged incidents took place at a DCH gym.

At a January 2020 hearing, prosecutors with the Queens district attorney's office discussed in open court a conditional plea deal in which Ng would participate in a sex offender program, with a full order of protection for the alleged victims. Ng did not take the offer. But scheduling the next court date was tricky because some accusers were out-of-state students.

One alleged victim, reached by The New York Times, declined to discuss the case in detail. But she said she remained shaken.

"Now that I think about it, it's not right - he kept complimenting me, he kept showering me with praise," said the woman, who was a high school student at the time. "At the same time, he was opening a lot of opportunities for me. He bought me a paddle for my birthday."

But then the pandemic intervened, and a judge dismissed the case this year at a brief hearing in June, held virtually, without offering an explanation.

"I had to keep refreshing the website with all the charges," the woman reached by The Times said. "Me and the other girls are disappointed because he got no repercussions. That was heartbreaking to hear."

"He was blindsided when the police showed up at his door," he said. "Being accused of something like this took its toll on him, emotionally, as well as on his wife. But justice was served. He's an innocent man from a legal perspective. It's as if it never happened."

But then the Queens district attorney's office filed a notice to appeal on Aug. 6. The office declined to comment, citing the continuing case.

Ng's situation remains uncomfortable for many.

That was evident at a weekend practice weeks ago in Flushing Meadows Corona Park, as teams sponsored by Northwell Health, New York Community Bank, HSBC and other organizations prepared for the return of the Hong Kong Dragon Boat Festival in New York in early August.

While the event aimed to promote vaccination, reopen small businesses and tackle anti-Asian hate crimes, virtually everyone was aware of Ng's case. After all, DCH was a notable no-show this year.

"DCH has been a good contributor to the sport, but dragon boat is like everything - anything could happen," said Henry Wan, the festival's longtime chairman. "I don't have firsthand knowledge on this #MeToo thing. But to me, it's a given - everybody has to follow the rules."