Four more women and a man have now joined those suing Eastern Michigan University connected to numerous sexual assaults reported at the school.

The five individuals filed a new Title IX lawsuit Wednesday evening in U.S. District Court for the Eastern District of Michigan and brought the total to 24 people alleging cover-ups, mishandlings, and deliberate indifference that left them to vulnerable to assaults they endured.

The new lawsuit, which incorporates the prior 19-person one, claims the school turned a blind eye to sexual assaults on campus - something school officials have previously denied - but also ignored that reports showed a "cadre of serial rapists."

"All of the above Defendants are responsible for creating a sexually dangerous environment, where students are unsafe on campus and the requirements of Title IX are ignored," the lawsuit states.

The school, in a statement late Wednesday, said it had not yet received the complaint and could therefore not yet comment on specific issues raised. However, the school stated, "it must be emphasized that the Eastern Michigan University campus is very safe," saying its annual security report numbers would show this as compared to other schools.

The university also reiterated its stances that any accusation of a cover-up is false and while the descriptions of assaults are "heart-wrenching," it has been "steadfast in its commitment to respond to, and investigate, reports of sexual misconduct."

More:More:EMU says it can't take blame for sex assaults it didn't know about Eastern Michigan women reported sex assaults by the same man. Now they lean on each other.

"The University's Title IX office took its responsibilities very seriously and worked diligently in those situations in which it was contacted about a sexual assault, to show compassion, express concern, and actively support survivors, while encouraging them to pursue an investigation if they were interested and willing to do so," the school re-stated.

The new lawsuit includes multiple allegations, with many focused on the former Title IX coordinator Melody Werner. Werner on Wednesday said in a text message that she could not comment until she'd had a chance to review the allegations herself. 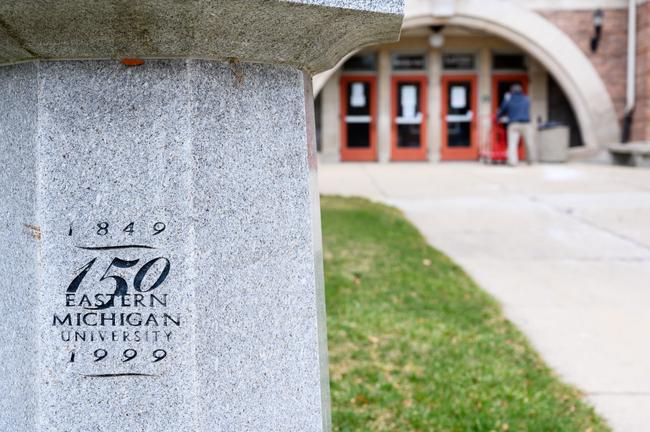 Todd Flood, one of the attorneys for the 24 individuals, called for attention and work on the issue of sexual assault at EMU following the filing, saying there are plenty of great universities, and smart people at EMU that can come together.

"Ultimately, I think commonsense should dictate the day and sensitive to a serious problem not only at EMU but at other institutions as well," he said.

Alpha Sigma Phi and Delta Tau Delta are both headed to mediation in the prior lawsuit filed, a stipulated order filed Tuesday shows.

A spokesman for the national chapter of Alpha Sigma Phi did not immediately respond to request for comment Wednesday.

As did the lawsuit before it, the new filing seeks a judgment in excess of $75,000, jointly and severally, against the entities and officials. It also seeks the establishment of a Truth and Reconciliation Commission, to require the accused parties in the lawsuit to admit responsibility and create a path forward.

The new filing comes on the heels of an amendment filed Tuesday in the lawsuit for the 19 prior plaintiffs, one that alleges that EMU police, in January 2016, found now-graduate Dustyn Durbin in a dorm with an unconscious, half-dressed woman who started saying the word "penis" when she regained consciousness.

The lawsuit alleges EMU police failed to properly investigate and failed to report it to Title IX; Durbin is now charged with sexual assaults on nine women, who are all suing, with assaults on eight of the nine women falling after the 2016 incident.

The lawsuits come amid a Detroit Free Press investigation into the school's knowledge of allegations of sexual assaults on its students.

For survivors of sexual assault

The Safe House Center in Washtenaw County offers a 24-hour crisis line at 734-995-5444 and services including emergency shelter and counseling.

RAINN, which stands for the Rape, Abuse & Incest National Network, also has a 24-hour crisis line at 800-656-4673 for support, information and referrals.